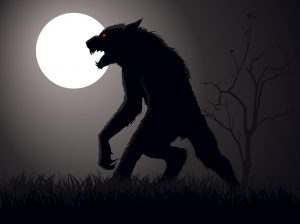 It was a large dog but it didn’t quite match the typical description of a Dogman. It looked fake like someone put on a costume. It looked like a cross between a domestic dog breed and a wild dog. Its belly was brown but the rest of the fur on its body was mostly black. It was kind of fluffy and had hair on the tips of its ears. The reason why I described it as being Dogman-like is because it almost fit the appearance. It had huge paws, with claws. I once saw a bear and this thing’s paws were about the same size as a bear’s paws. This thing stood up on two feet as I drove by. I was curious and wanted to pull over and get a better look at it, but the driver behind me must have been scared because he rear-ending me and maintained speed after I switched to the emergency park lane. I slowly started to brake but he honked and I gave up trying to stop. My plan was to stop and try to take a picture, then drive off as fast as I could.
I saw this thing between Elk point and Vermillion.